The term “Spiritual Leader” is often associated with age-old times, but all in all, modernization has not taken away the human need for a trusted guide. A guide that won’t go ahead and tell you what to do, but will instead push you within to find your own truth and purpose in life. We introduce you in this article, five of the most influential gurus of our time.

Most of us (with the exception of perhaps some Chinese people), can’t help but appreciate the Dalai Lama’s charismatic and singular character. His talks won’t only open you up to noble values and principles, but you will end up leaving with a sense of gratefulness and relief just by knowing that humane individuals still roam our seemingly murky present reality. Having been forced to live in exile away from his own country, Tibet, the Dalai Lama has become an icon when it comes to the practice of non-violence and resilience. 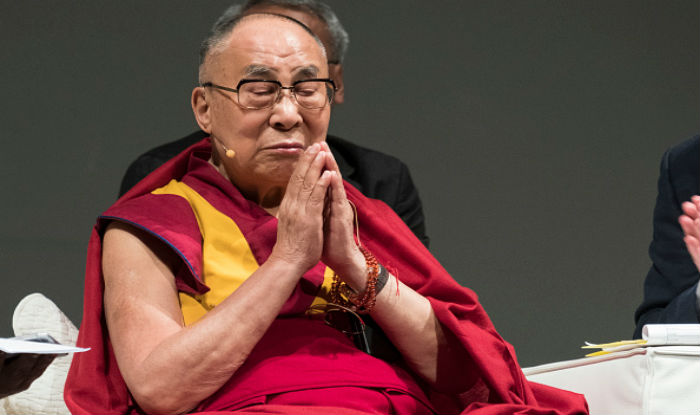 Expert in mind-body medicine and author Deepak Chopra has captivated many of us with his many insight-provoking books. Titles such as The Seven Spiritual Laws of Success, The Deeper Wound, Synchrodestiny: Harnessing the Infinite Power of Coincidence to Create Miracles and The Book of Secrets won’t only lure you into the pages as if it was one of your favorite novels, but it will most definitely turn your life around; for the better. Deepak Chopra will very possibly become an individual you will eternally remain grateful for.

The initiator of global peace initiative “The Moment of Calm” taking place during the 2nd of August of every year; and in which one remains to minutes in silence to forgive all; and great spiritual guide. This character will amaze you with his sweet smile and talking; as he shares with you words of wisdom and an understanding of a genuine Indian spiritual tradition. Dada has also written many self-books that are worth looking into such as Burn Anger Before It Burns You, The Magic of Forgiveness and 90 Sindhi Vegetarian Recipes.

An advocate of non-violence and peace in the midst of conflict; this Vietnamese Buddhist Monk played a crucial role during the resolution of the conflict between North and South Vietnam as well as the Vietnamese war. Now, this remarkable leader continues giving retreats and talks around the world while encouraging peace and non-violent solutions to conflict.

A humanitarian and spiritual leader that is highly active in the fields of human values and peace. If you have heard of Sri Sri it is probably because of his organization The Art of Living. Sri Sri promotes wellness and stress elimination through this institution by offering courses related to a broad range of topics involving yoga, meditation, Guru Puja and so on.

More from my site